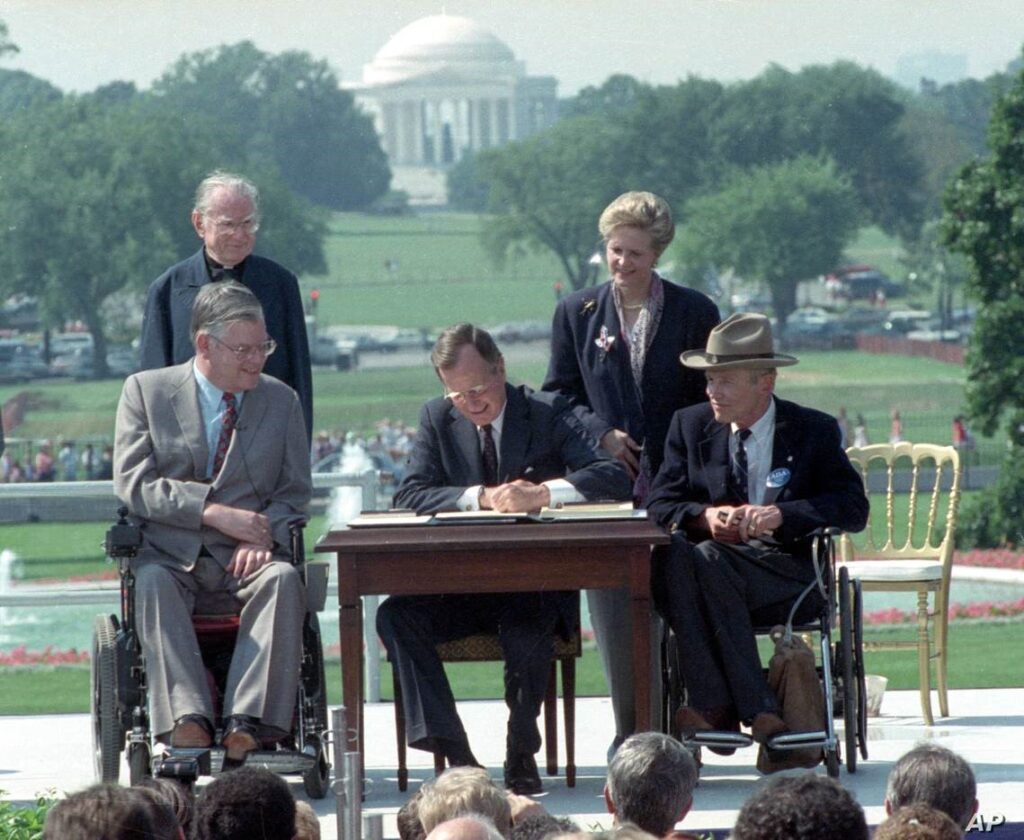 On July 26, 2020, we celebrate the 30th anniversary of President George H.W. Bush signing into law the Americans with Disabilities Act (ADA).

The ADA was intended and has proven to be a monumental and pivotal moment for disability rights. Its legal framework requires that everyone has equal access to information, services, and accommodations.

The ADA story began years before its enactment, when people with disabilities and their allies began opposing unfair barriers that excluded people with disabilities from much of community life, often including our workforce. This movement brought existing inequalities to the attention of those in all levels of government, the press, and the American people.

The ADA was introduced in Congress in 1988. The bill went through numerous drafts, revisions, negotiations, and amendments, and was re­introduced in the new Congress the following year.  In writing the ADA, Congress recognized that people with disabilities experienced discrimination ranging from intentional exclusion and failure to make modifications, to exclusionary standards and criteria. Congress clearly stated that the nation’s goals with respect to people with disabilities included assuring equality of opportunity, full participation, and economic self-sufficiency.

On signing the ADA into law, President Bush echoed congressional sentiment when he said, “[W]e rejoice as this barrier falls for claiming together we will not accept, we will not excuse, we will not tolerate discrimination in America.”

Later, the ADA Amendments Act of 2008 both expanded and focused the ADA, broadening its coverage of people with disabilities and the definitions of disability in several ways.

Those who work at Noble strive to bring President Bush’s words to life by ensuring equal opportunity for everyone in the workplace and in our community. Thank you for all you do to help further Noble’s mission of expanding opportunities and enhancing the quality of life for people with disabilities and their loved ones.

excerpted from the EEOC