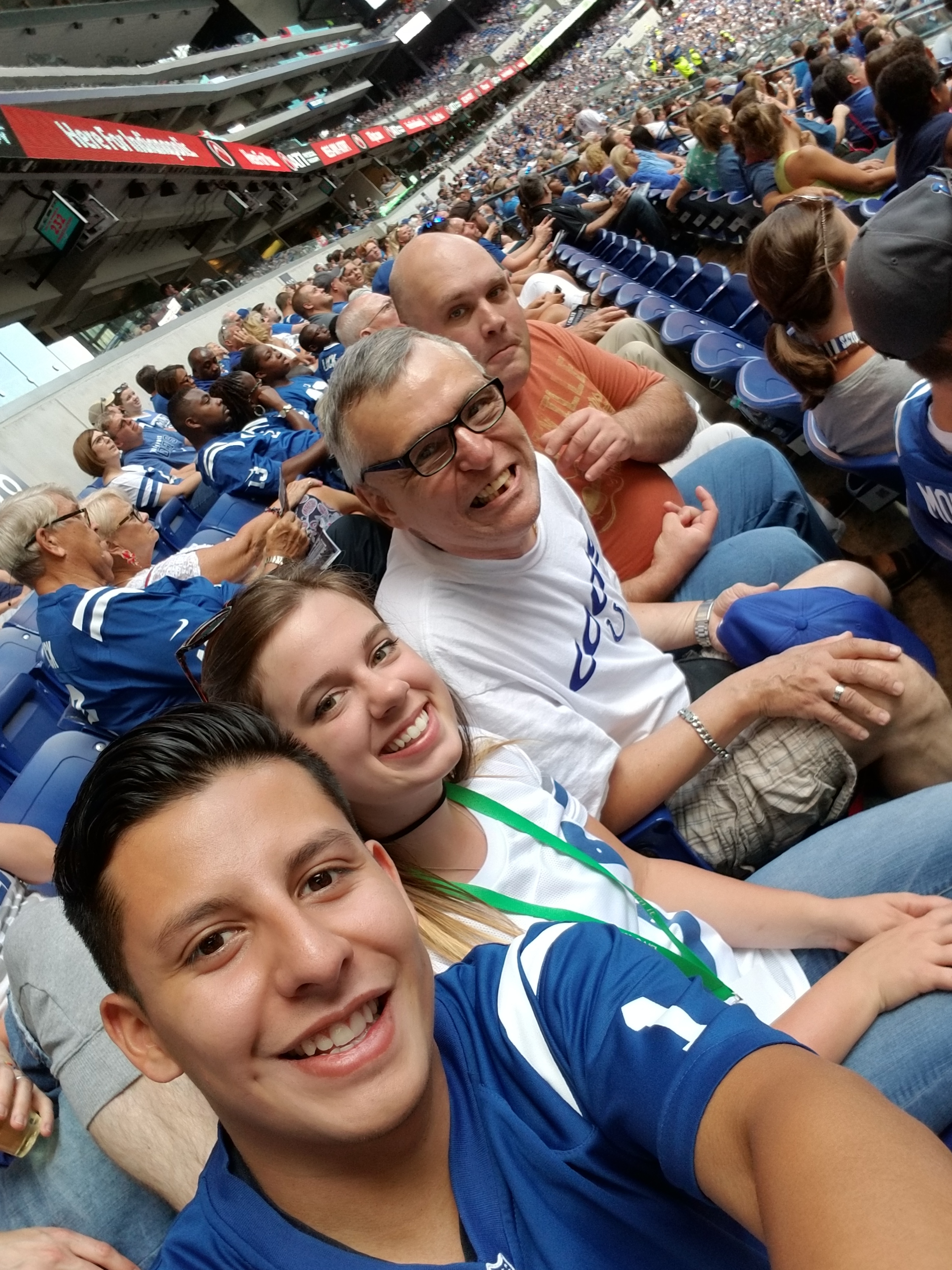 Sunday afternoon was gorgeous, and Donald and Dale were “ready for some football!”

Not yet having been to Lucas Oil Stadium, they thoroughly enjoyed the festive atmosphere surrounding the Indianapolis Colts‘ first preseason game.

Accompanied by Noble Community Guides Kaitlyn Fleming and Kelvin Solares (through our Community Exploration service), they were decked out in the prerequisite game gear for a fabulous afternoon.

Both guys had a fabulous time, dancing to the music and cheering when the Colts scored.

Despite a 24-10 loss to the Detroit Lions, they all had a great time and extend their appreciation to the Indianapolis Colts for the tickets.

And we’ll all be watching as the Colts take on the Dallas Cowboys Saturday night.