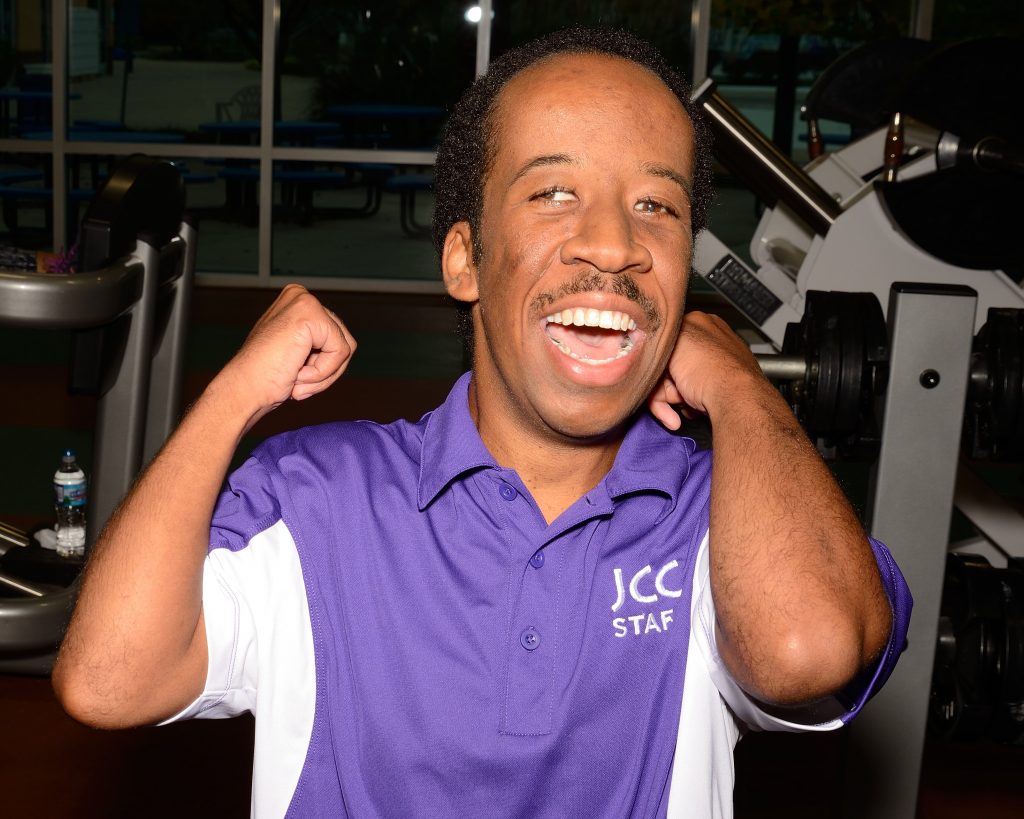 At the Chest Press machine, Randy counts the reps under his breath as he lifts the bars—”17, 18, 19”—until he reaches the magic number: 20. He stands up and tells Noble Community Guide Kelvin Solares: “Your turn.”

Every Wednesday afternoon, the two drive to the Jewish Community Center to work out. After warming up on the treadmill, they move through a series of weight-lifting machines that Randy is using to achieve his fitness goals.

Only 35, he has already had a stroke that has affected his vision, gait and strength. But with Kelvin gently coaching him along, Randy has increased the amount of weight he can lift as well as the number of repetitions he can do. When they started coming to the JCC over a year ago, Randy could do only 5 pounds at the Chest Press. He’s now up to 35—and pushing himself to do more.

At the Tricep Press, he pulls down 40 pounds for 14 reps before making Kelvin work his triceps too. After they finish the circuit, they head to the basketball court to shoot hoops before starting their one-hour volunteer shift folding towels. Everyone on staff knows Randy and cheerfully welcomes him.

Pursuing a healthy lifestyle is important, and Randy is demonstrating that it can be fun too.