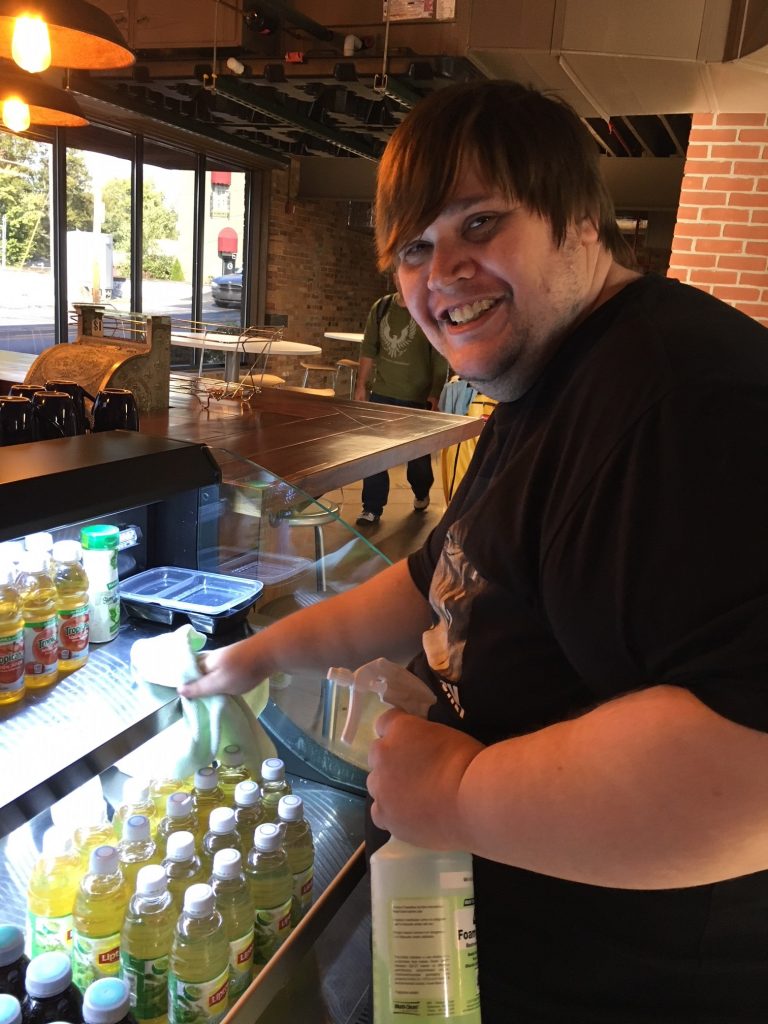 Only five months into the job, Robert speaks very proudly of the work they do at Renaissance Electronic Services.

Every sentence starts with “We…” Like when he says, “Here at Renaissance, we believe…”

That’s the kind of loyalty right out of the gates that employers love, and it’s a pretty universal theme when they turn to Noble’s Community Employment service for their human resource needs.

In fact, people hired through Noble average over 4.5 years on the job. In industries that experience upwards of 80% turnover in their front line positions, that’s what companies really want to see. That plus the skills needed to do the job: another key factor that they experience when they hire people with disabilities.

That’s what Renaissance Electronic Services found when they hired Robert: a guy who could do the job and takes great pride in his work.

He works full time at the site on Southport Road, making sure that all of the offices, conference rooms and public spaces are clean.

He’s also found some added perks to working there. When the staff saw how much he likes wearing shirts featuring his favorite super heroes, they asked him to rename all of their meeting rooms after super heroes, like the Hall of Justice.

That’s the kind of reciprocal loyalty and friendship that’s worth every penny.