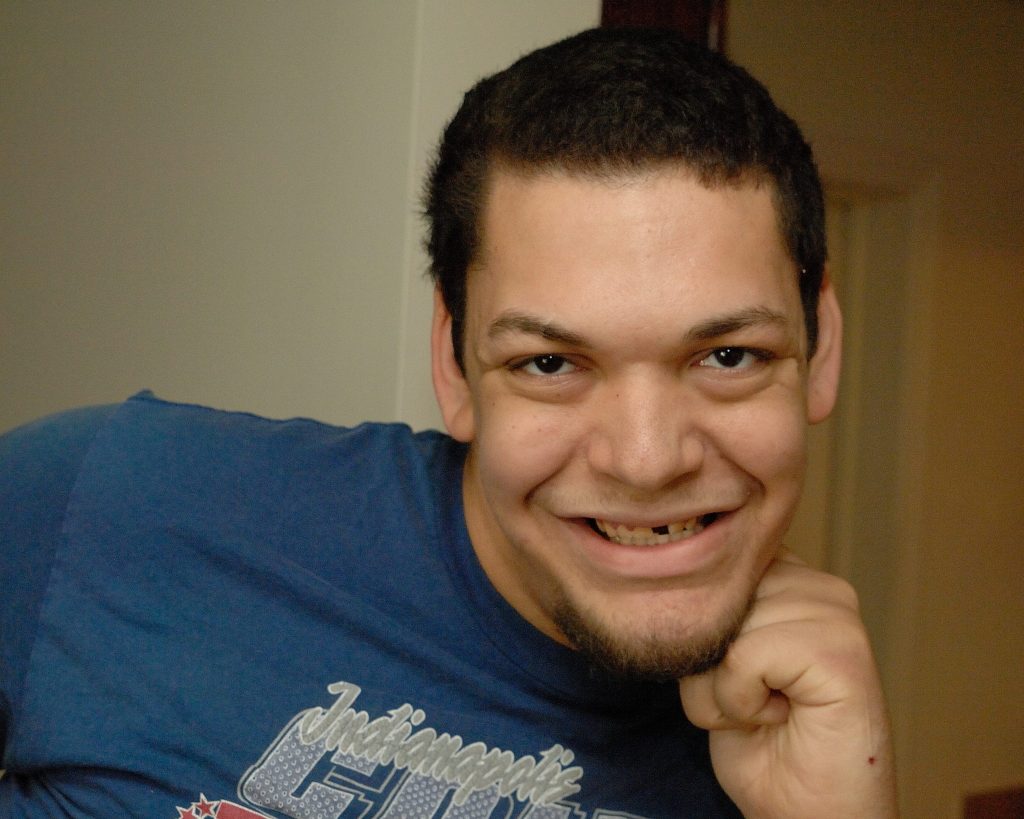 When Dakota’s mother was pregnant with him, he would kick every time a train went by.

Now, 21-year-old Dakota is pretty sure that’s where his love of trains began. From the apartment he shares with two other young men who all receive Community Living services from Noble, Dakota can walk to a wonderful train store to indulge his hobby of collecting model trains.

It’s a huge difference from his life two years ago, when Dakota lived in a nursing home—not an appropriate place for a young man simply because he has a developmental disability.

Today, he enjoys the independence that comes with living on his own, which allows him to make friends his own age, visit his mom every Tuesday and enjoy listening to the country music he loves. His friends even gave him the nickname Convoy, after the song sung by his favorite artist, C.W. McCall.

He also loves technology, especially using his cell phone to create videos of his trains moving around the track. He’s even learning how to cook. His favorite meal to prepare so far? Cheeseburgers and French fries. Of course, developing his culinary skills isn’t his only goal. Dakota wants a job in the community, preferably working around trains.

His advice to anyone thinking of moving out into their own apartment: “Do it! Then you get to have your own room and put up your favorite posters!”