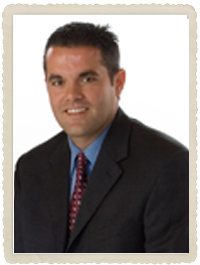 It has always seemed like we have scarce resources, but the harsh reality is that resources are going to become more scarce. Not that dollars are going to be cut (although it’s a possibility) but the growth of Medicaid spending is not going to happen at the growth we’ve experienced in the past 8-10 years.

For example, in 2000 the Long-Term Care Medicaid expenditure was $69.5 billion. In 2008, those expenditures rose to $112.1 billion. While there is a lot of money in the system right now, obviously the federal government has some tough choices to make not only this year, but in the years to come which might significantly affect our funding in the future.

What this means is this:

1. Providers have been doing more with less. We can’t do more with less anymore; instead, we have to do better with less.
2. Employment must be a priority for people with disabilities, and we have to get better at putting people to work.
3. We need a culture change with families and consumers. The mentality has to be use what you need and be creative about saving money.
4. Shift the power because the "system" is not working.
5. We have to be better building communities which means developing natural supports in the community to help drive down costs.
6. We have to get better with technology to support the people we serve.
7. We are key to the culture changing and our leadership and vision is needed more than ever.